Starting off 2018, it was neat to begin my time connecting with Jesus in the book of beginnings. The first things that struck me were reminders of who God designed humans (and therefore me) to be from the beginning of time, before sin entered the picture and muddied things. These reminders of identity are helpful to cover over some of the unhealthy or untrue labels I had put on myself in the days, months, or year past. To begin with a new sense of identity as well as purpose was encouraging.

More than anything as I read through the whole book of Genesis, what stood out to me was various elements of God’s character. Whether delighting in his “very good” creation or grieving the evil in the world before the flood, I enjoyed focusing in on the characteristics that together help us know just a little of our unknowable God.

Here were just a few more that stood out to me:

Whatever pieces of God’s Word you looked at this week, what did God show you in it? How is that impacting your life? How can you use what you learned to impact the world around you? 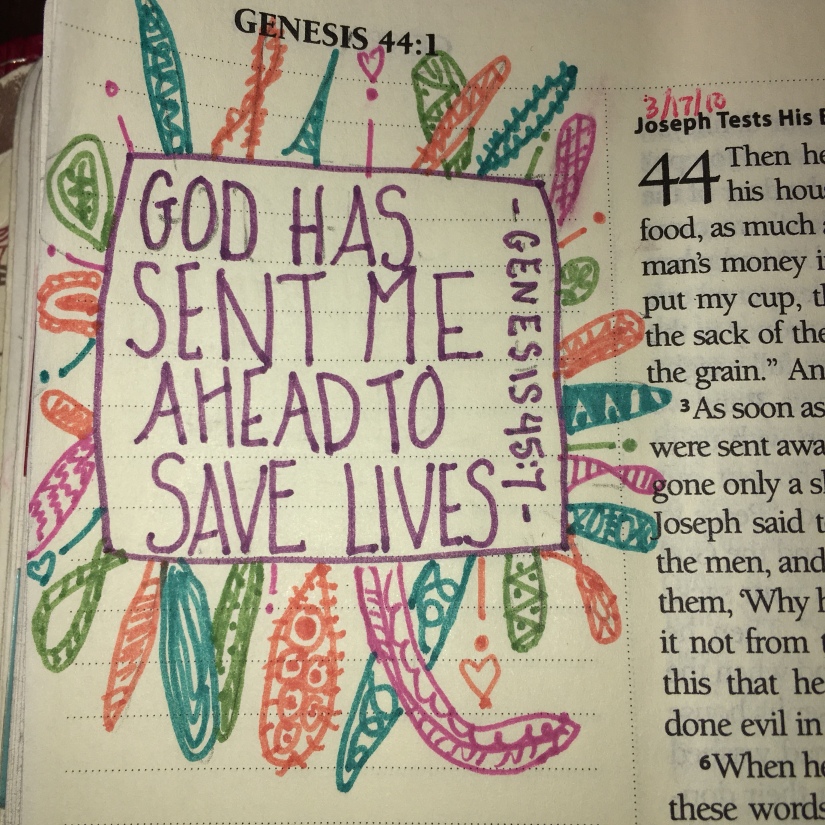 6 thoughts on “Reflections on Genesis”