At the end of this week in 1 Samuel it was actually something in the most widely known story of this book that stood out to me and is where I’m centering my heart. Despite reading and hearing the story of David and Goliath more times than I can count in my life, God still brought new application for my life from these timeless truths. This time it came in reading a different version than I’m used to reading. In the CEV translation a contrast between Saul and David arose.

Later on in the book we see David and Saul as enemies but none of that has come to the surface back in chapter 17. As David prepares to fight Goliath with Saul’s permission the CEV translation captures a subtle but perhaps huge difference about each man’s focus heading into battle and dependence on the Lord.

While a few verses later as David stands face-to-face with Goliath he declares: “Today, the Lord will help me!”

As I went back and looked at other translations and even the original language unfortunately I can’t point with clarity that different words were used, however the context and the story itself seem to support this difference in their attitudes.

So whether the original language shows a difference in these two men’s words or not, I think we can clearly see behind the words their hearts were indeed in different places. I wonder if their attitude back even at this point had anything to do with the trajectory of each of their lives. On the surface they were similar. Both were king. Both led battles. Both sinned and walked away from God… big time. Yet how they recovered from those defeats was drastically different.

David was humbled when called out. Saul got defensive.

David is remembered as “a man after God’s own heart”. Saul died falling on his own sword after being wounded in a battle with the Philistines, the same group of people David declared victory over back in chapter 17.

I can’t help but wonder if many of these difference can be traced back to that one key difference… Saul HOPED God would come through, David KNEW he would.

It brings me to a reflection of my own heart. Am I fearlessly confident in my amazing, all-powerful, victorious God or simply optimistically hopeful? Am I convinced or wavering? Am I centered on the things of this world or the name and glory of Jesus? It could make all the difference. 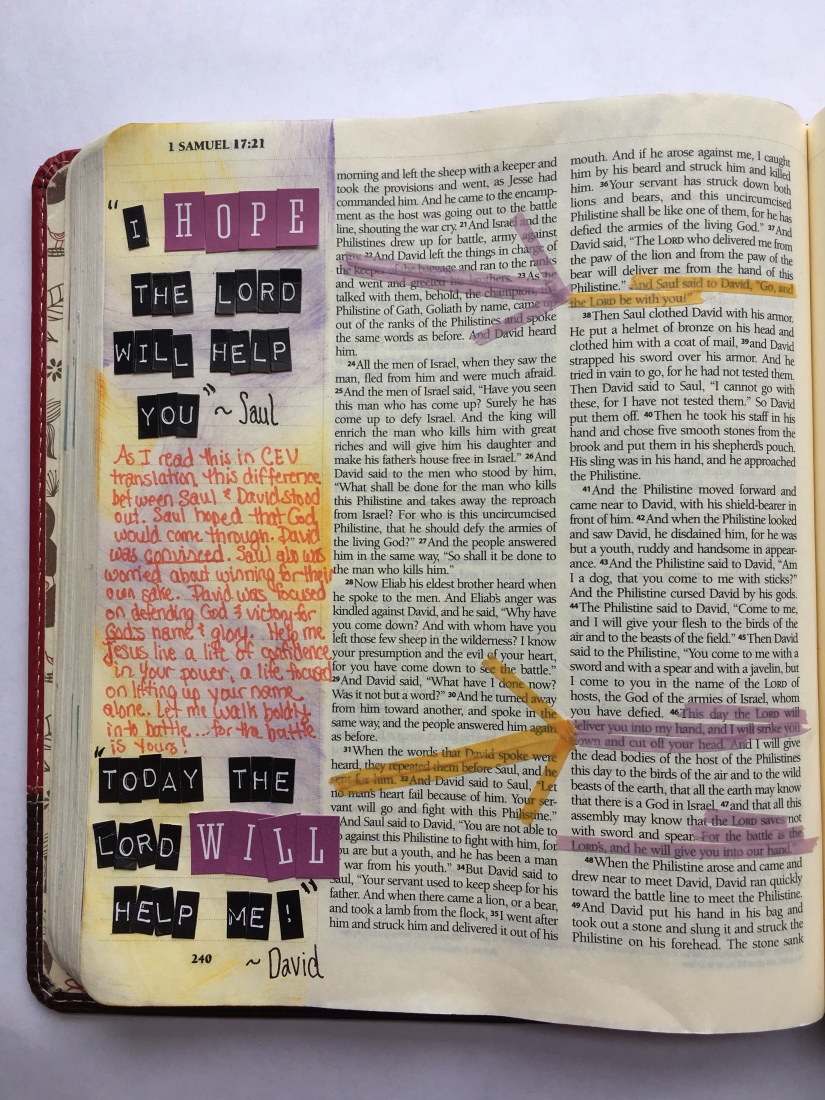